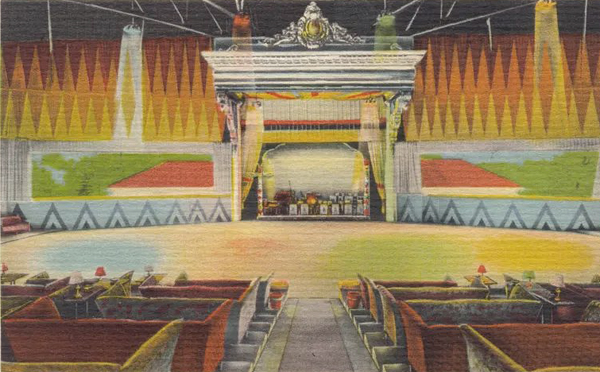 Return to Norumbega.  A film by Joseph Hunter.

Did you ever go dancing at the Totem Pole Ballroom?

Join us and filmmaker Joe Hunter for a screening of Return to Norumbega, a nostalgic and affectionate look at Newton’s Norumbega Park in its heyday. Opened in 1897, Norumbega Park was the brainchild of the Commonwealth Avenue Street Railway Company, built at the end of the line to encourage people to use the trolley. The Park was hugely popular – hundreds of thousands of people came out every summer for canoeing, picnics, the penny arcade, carousel, restaurants and other attractions. The increase in car ownership caused its decline after the War, and it finally closed in 1964. The City of Newton now maintains a parcel as the Norumbega Park Conservation Lands, but the rest is now the site of the Newton Marriot. The film is narrated by the late Robert Pollack, whose life-long interest in Norumbega Park began as a summer job there when a teenager, and includes historic photos, commentary and interviews with musicians who played at the Ballroom in its final decade.

Joe Hunter is a Newton resident, and a member of the Needham History Center’s Board of Directors.  He is a documentary filmmaker, and has produced a number of films on local history for his series, The Newton History Project.  His films have been shown on NewTV in Newton, and on the Needham Channel.

This program is free and open to all