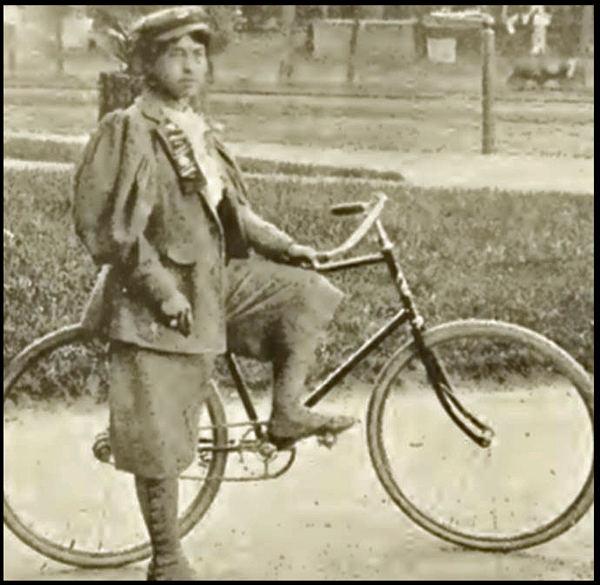 Black cyclists were a small but significant part of the cycling scene in Boston more than a century ago. Their achievements and the barriers they faced are mostly forgotten, but they protested those barriers, raced, and toured including in Needham. This talk resurrects their history, including the Shawmut club of the 1880s, the Riverside club of the 1890s and the Bicycle Unit of Company L, Sixth Massachusetts Volunteer Militia, an all-Black military company.  The Boston exploits of Major Taylor and Kittie Knox will be central to our conversation. Souvenir cards from a recent Kittie Knox memorial event will be available.

Lorenz J. Finison is a public health consultant and bicycling historian who researches issues of race, class, and gender. He received his degree in Social Psychology from Columbia University.  His bicycling history publications include Boston’s Cycling Craze, 1880-1900: A Story of Race, Sport, and Society (2014); Boston’s 20th Century Bicycling Renaissance: Cultural Change on Two Wheels (2018); and Bicycling Inclusion and Equity: Histories of New England and Beyond (2022, forthcoming). He is a founding member of Cycling Through History and the Friends of the Bicycling History Collections at University of Massachusetts-Boston. Most recently he is a founding member of the New England Cycling Coalition for Diversity. He is a resident of Needham.

This event is free and open to all.